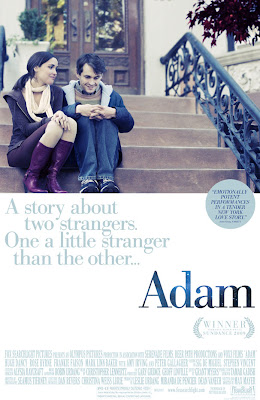 Harlan: Liars are all you’re going to come across in this world. A man’s gotta learn the difference between plain liars and liars worth loving.

When you first hear it, it sounds like a joke. How can anyone possibly have something called “ass burger” syndrome? Then you will be politely corrected as it is actually called “Asperger syndrome” and it has absolutely nothing to do with anyone’s buttocks. Its unfortunate name aside, the syndrome itself stems from the autism spectrum but those who live with AS do not suffer the same cognitive development limitations as those with autism. AS is also at the center of a new quirky romance called ADAM, in which the lead character for which the movie is named after has AS. This is where the trouble starts. As AS is not commonly known, ADAM must spend some time explaining itself. Furthermore, as AS is not commonly known, the filmmakers could take certain liberties if they felt like it to manipulate the audience into feeling sorry for Adam in hopes no one educated would notice. Thanks to writer/director, Max Mayer, though, ADAM rises above all of this to simply become a tender and touching love story that will leave your head in the stars. 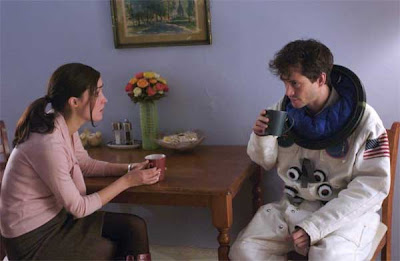 When we meet Adam, (Hugh Dancy), he has just lost his father, whom he lived with. People with AS don’t deal with change very well. They like knowing what is waiting for them, whether that means the same thing for breakfast, lunch and dinner everyday or whether that means having a father in your life to make your difficult social interactions manageable. For Adam, there are two particularly frightening changes in his life outside of the loss of his father. The first is that he must find a new job or leave the New York apartment he has known for years, as he cannot afford the mortgage without his father. The second is Beth (Rose Byrne), the pretty new girl who just moved into his building and who clearly thinks Adam is cute. Beth mistakes Adam’s difficulties as every day shyness and a courtship ensues. This begs the question, when is the right time to tell the girl you like that you’re not just awkward and that there’s a very good reason why you never look her in the eye? 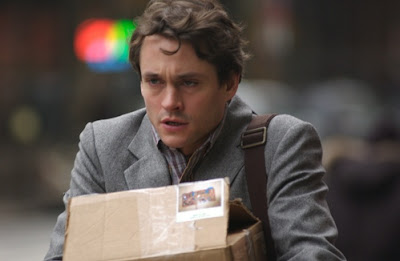 ADAM does explain here and there what is going on and why but it is mostly done visually through the endearing Hugh Dancy. Dancy carries weighted tension in his posture and beams with exuberance when he is talking about space, his favorite subject. Not unlike any human being who has difficulty getting close to another, Adam struggles with intimacy and letting go of the habits he has grown accustomed to in his solitary life. Dancy plays Adam like a prisoner set free for the very first time. His longing to be an equal part of life and this relationship – one that I must point out is delicately balanced with Beth and never seen from her perspective as one based on pity for Adam or Beth’s own loneliness and insecurity – is evident on his face and his frustration that he cannot just make it happen smoothly is heartbreaking. Dancy’s performance is humble and selfless as his aggravation is always clearly out of a desire to make Beth happier rather than himself. 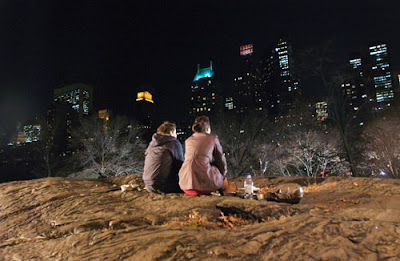 Predominantly, AS makes it nearly impossible to assess what the people standing right in front of them are thinking. Forget sarcasm; that sense of humour goes right over their heads (just as that sentence would). They experience what is referred to as mind blindness, which is to say that they presume you are thinking the same thing they are. Is it me or haven’t you found yourself in the same place dozens of times over while trying to figure your dates out? ADAM exudes compassion but never begs for that compassion to be given to this man just because he has AS. Rather the compassion it inspires is for all who pursue love despite its many obstacles by reminding us that it might not be any easier, but it might be more genuine if we all just said what we were really thinking.