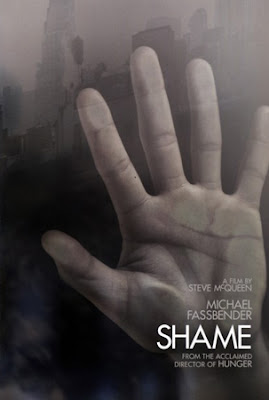 AIN’T NO SHAME
An interview with SHAME star, Michael Fassbender.

It can be a bit jarring to go from watching an actor on screen one minute to seeing them sitting directly in front of you the next. It can even be somewhat awkward when you’ve just watched said actor engage in a multitude of sexually explicit encounters on film. When the actor you’re speaking with though is as effortlessly talented as Michael Fassbender is, you quickly realize there is no shame in it at all.

In SHAME, British filmmaker, Steve McQueen’s sophomore effort, Fassbender is naked within minutes of the film starting, so it seems only fitting to begin our conversation there as well. “It’s kinda embarrassing,” says the actor who has nothing at all to be embarrassed about. At this point, I laugh out loud and when Fassbender realizes I’m shocked that he was the least bit shy given how good he looks, he jokes, “Oh I see. You were having a gay old time then.” On that note, the Irish-German actor is quite the charmer, even when fully clothed.

The 34-year-old Fassbender plays Brandon in SHAME, a sex addict living in New York City. It would seem to me that if you’re going to tell a sex addict’s story on film, you’re going to need to see a little sex happen but some people, let’s call them the more conservative film critics out there, have argued that Shame not only goes too far but that it relishes in its boundary pushing. “It’s ludicrous to me,” Fassbender explains, with only a hint of outrage. “You can take someone’s head off with a cheese cutter but heaven forbid should you show a penis.”

As much as it is about sex, SHAME isn’t really about sex at all; it’s about a person with an addiction. Brandon isn’t the easiest character to like either. He uses women whenever required and he is horribly unsupportive to his sister, Sissy (Carey Mulligan), but Fassbender was never concerned people wouldn’t come around to him. “I knew people were going to like him because I liked him, because he was a guy that knew he was ill. He is a product of our time.” 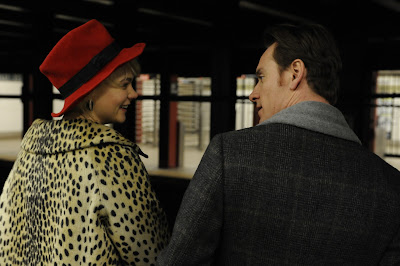 Despite Brandon’s timeliness, the Motion Picture Association of America has slapped an NC-17 rating on the film, which prohibits anyone under 18 years of age from seeing it, regardless of whether they are accompanied by an adult or not. Ordinarily, this rating means box office death but SHAME wears its badge proudly and is doing well in limited release despite it. “It can be a good thing,” Fassbender says of the rating. “The most important thing is to get people talking about it. That creates curiosity and it only seems to put more bums in the seats in the end.” 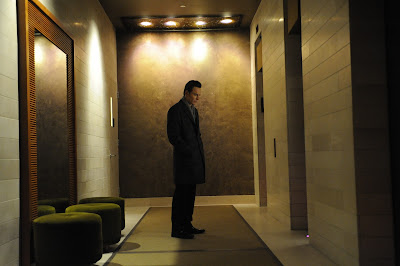 While Fassbender does see the controversy as a roundabout marketing push, he does not agree with the scrutiny itself. “Whatever rating people want to slap on it is kinda irrelevant. The fact is that I felt comfortable doing the scenes with Steve because I knew that it wouldn’t be exploitative. It’s real. It’s part of the story. It’s part of getting inside this guy’s head and where he’s coming from.” 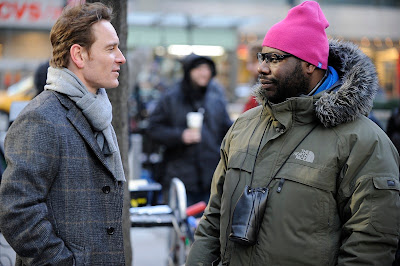 A few cuts to the film could have brought the rating down to an R, to which Fassbender responds, “Good luck trying to convince Steve McQueen on that!” Fassbender and McQueen had previously worked together on McQueen’s debut feature, HUNGER, a 2008 film about the 1981 Irish Republican Army hunger strike, as led by Bobby Sands, whom Fassbender portrays in the film. (Incidentally, the two are scheduled to work together again on McQueen’s third feature, TWELVE YEARS A SLAVE, expected in 2014.) “He’s the only person I could have asked to do this,” McQueen tells me about casting Fassbender in SHAME. “I don’t believe he’s an actor. He doesn’t act. What he does is a different thing altogether.” 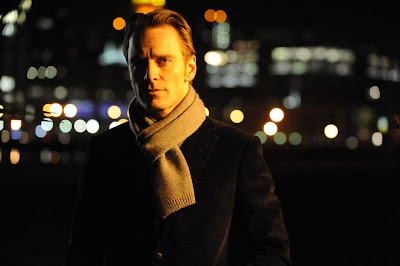 Whatever it is he does, Fassbender will be doing it for quite some time if he keeps up this pace. Upcoming projects for the Best Actor Oscar frontrunner include work with some of today’s most famed directors, from David Cronenberg (A DANGEROUS METHOD) to Steven Soderbergh (HAYWIRE) to Ridley Scott (PROMETHEUS), which is exactly where Fassbender wants his career to be. “The way it is at the moment is pretty perfect for me. I get to work with great filmmakers and that’s as simple as it gets. I just want to mix it up and keep myself guessing.”

And it would be an awful shame if he weren’t allowed to continue doing just that.