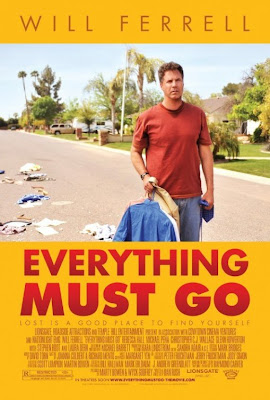 When I think Will Ferrell, I think two things right away. The first thing I think is hilarious. Whether it’s back in his Saturday Night Live days or from films like ANCHORMAN or TALLADEGA NIGHTS or even one-off projects like his one-man show on Broadway, where he took on George W. Bush in You’re Welcome America: One Final night with George W. Bush. The other thing I think of instantly when I think of Will Ferrell is how freakishly tall he is. After meeting him in person though, I can say that everything I thought I knew about Will Ferrell is wrong.

First of all, he is only 6’3”. Sure, that is still tall but for some reason, I always imagined him as a giant. Maybe it’s the whole ELF thing. More importantly though, sitting down to interview Ferrell is actually quite a sobering experience. That said, this might have something to do with the tone of the film he is promoting. EVERYTHING MUST GO is most certainly not a comedy and Ferrell wants to ensure we are all clear on that ahead of time. 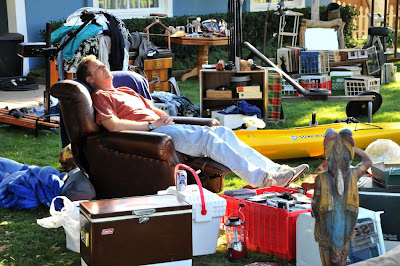 “I think there was some confusion with STRANGER THAN FICTION. I kept talking about it being a drama that was funny,” Ferrell explains of his 2006 film when we meet at the Toronto International Film Festival. “All the marketing people were like, ‘Stop! It’s a comedy.’ So I want it to be clear this time.”
I’ve seen EVERYTHING MUST GO. It’s definitely clear. Ferrell plays Nick Halsey, an alcoholic whose drinking problems have gotten him fired from his job after many years of service. On the day he loses his job, he stops off at a convenience store to make sure he has plenty of beer and then heads home to his wife. When he arrives though, he finds all of his belongings strewn across his lawn, the locks changed and his wife long gone. Nick has had better days. 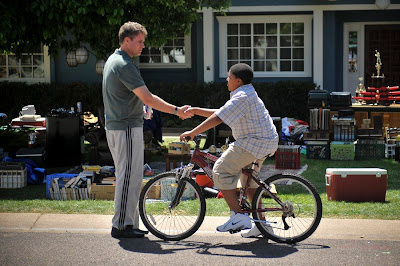 When one thinks depressed boozer, one does not automatically go to Ferrell in their head. Ferrell on the other hand, sees this departure as a natural progression. “A rock band wants to make their second album different than their first and their third different from their second and I think that’s what you’re always seeking as an actor too,” Ferrell tells me. And what of that pesky audience expectation he has been building all this time? “I don’t feel burdened by that. It is actually refreshing to do such a low key performance.”

When Ferrell says “low key”, it might help to contextualize a bit further what he means. After Nick realizes what is going on, he proceeds to spend the next few days sitting out on his front lawn amongst all his belongings, drinking constantly. It requires him to play fairly subdued the majority of the time. “Most of the stuff I’ve done has been heightened and overplayed at times,” Ferrell says, although to be fair, we all knew that already. “To get to be more subtle, to be more real, that was a gift.” 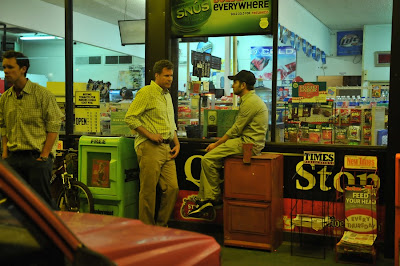 The gift of Nick Halsey originated in a short story by Raymond Carver, entitled “Why Don’t You Dance?” It was adapted for film and directed by first time filmmaker, Dan Rush (shown with Ferrell above). The story was drastically expanded from its original form and finds Nick selling his stuff to anyone who will take it and finding solace in two unlikely and completely different neighbours (Rebecca Hall and Christopher Jordan Wallace), both just as lonesome and lost as he is.
“It’s this incredible skill to tap into this emotion that I don’t really have. It was fun to be able to get there and surprise myself in this movie,” Ferrell tells of his darker moments in the film, certainly a great feat for any funny man. “I really loved this experience. This was one of the most gratifying movies I’ve gotten to work on.” 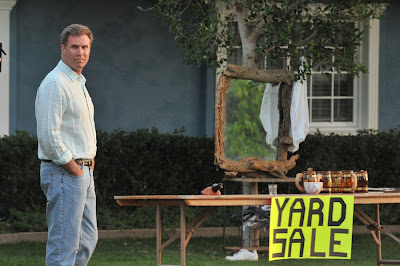 Not to worry Ferrell fans. He returns to comedy later this year in CASA DE MI PADRE, as a Mexican rancher navigating his ranch through financial peril. (I’m already laughing.) In the meantime, EVERYTHING MUST GO rolls out into North American theatres this summer. And about that insistence about it being a drama thing from earlier …