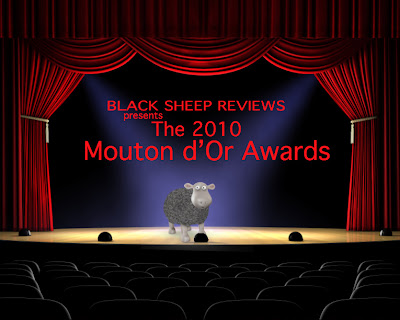 It is my pleasure today to announce to you the 2010 Mouton d’Or Award nominations. This is the sixth year Black Sheep Reviews has produced this list and this year’s nominees are some of the strongest contenders we’ve ever had. Leading this year’s charge is David Fincher’s THE SOCIAL NETWORK, with a total of eight nominations, including of course Best Picture and Best Director. Darren Aronofsky’s BLACK SWAN is second in the tally standings, with seven nominations, also including Best Picture. The rest of the Best Picture race is rounded out by multiple nominees, THE FIGHTER (6 nods), THE KING’S SPEECH (6) and TOY STORY 3 (5). This year’s Best Picture nominees are all masterful films, each a personal best in its own right. It will be difficult to pick a winner but worth it if it means getting to watch all these fantastic works one more time. 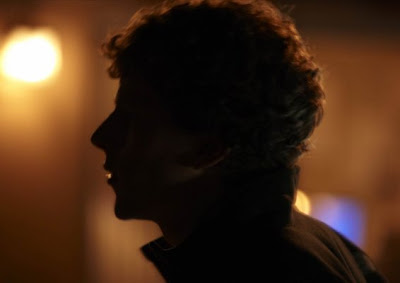 I am also very happy with this year’s Reader’s Choice nominations. Once again, the Black Sheep readers have voiced their love for some great films and this year’s five nominees include some wonderful surprises, including an Italian art film and a dark horse movie about the maddening world of ballet. Thanks to all who participated by submitting lists of their favourite films from 2010. Voting is now open to decide the winner of the category. Just cast your vote in the poll at the top of the sidebar. Voting will remain open until midnight on Thursday, February 17.
The winners of the 2010 Mouton d’Or Awards will be announced on Saturday, February 19. And so, without any further delay, here are the 2010 Mouton d’Or Award nominations …
(Scroll over any film title for the full Black Sheep review.)
BEST BIG MOVIE
EASY A
INCEPTION
SCOTT PILGRIM VS. THE WORLD
SHUTTER ISLAND
TOY STORY 3
BEST LITTLE MOVIE
ANOTHER YEAR
CATFISH
I AM LOVE
THE KIDS ARE ALL RIGHT
WINTER’S BONE
THE WORST MOVIE I SAW ALL YEAR
CLASH OF THE TITANS
GREEN ZONE
JACK GOES BOATING
SCORE: A HOCKEY MUSICAL
WILD GRASS
THE BLACK SHEEP READERS CHOICE AWARD
BLACK SWAN
I AM LOVE
INCEPTION
THE SOCIAL NETWORK
TOY STORY 3
BEST ANIMATED FEATURE
HOW TO TRAIN YOUR DRAGON
THE ILLUSIONIST
TOY STORY 3
BEST LOOKING MOVIE
BIUTIFUL
BLACK SWAN
I AM LOVE
INCEPTION
THE SOCIAL NETWORK
BEST MUSIC IN A MOVIE
BLACK SWAN
I AM LOVE
INCEPTION
THE SOCIAL NETWORK
TRON: LEGACY
BEST SUPPORTING ACTOR
CHRISTIAN BALE in THE FIGHTER
ARMIE HAMMER in THE SOCIAL NETWORK
JOHN HAWKES in WINTER’S BONE
MARK RUFALLO in THE KIDS ARE ALL RIGHT
GEOFFREY RUSH in THE KING’S SPEECH
BEST SUPPORTING ACTRESS
AMY ADAMS in THE FIGHTER
HELENA BONHAM CARTER in THE KING’S SPEECH
MELISSA LEO in THE FIGHTER
LESLEY MANVILLE in ANOTHER YEAR
DIANNE WEIST in RABBIT HOLE
BEST ORIGINAL SCREENPLAY
ANOTHER YEAR written by Mike Leigh
BLACK SWAN written by Mark Heyman, Andres Heinz and John J. McLaughlin
THE FIGHTER written by Scott Silver, Paul Tamasy and Eric Johnson
THE KIDS ARE ALL RIGHT written by Lisa Cholodenko and Stuart Blomberg
THE KING’S SPEECH written by David Seidler
BEST ADAPTED SCREENPLAY
RABBIT HOLE written by David Lindsay-Abaire
SHUTTER ISLAND written by Laete Kalogridis
THE SOCIAL NETWORK written by Aaron Sorkin
TOY STORY 3 written by Michael Arndt
WINTER’S BONE written by Debra Granick and Anne Rosellini
BEST ACTOR
JAVIER BARDEM in BIUTIFUL
JEFF BRIDGES in TRUE GRIT
JESSE EISENBERG in THE SOCIAL NETWORK
COLIN FIRTH in THE KING’S SPEECH
JAMES FRANCO in 127 HOURS
BEST ACTRESS
ANNETTE BENING in THE KIDS ARE ALL RIGHT
JENNIFER LAWRENCE in WINTER’S BONE
NICOLE KIDMAN in RABBIT HOLE
NATALIE PORTMAN in BLACK SWAN
MICHELLE WILLIAMS in BLUE VALENTINE
BEST DIRECTOR
DARREN ARONOFSKY for BLACK SWAN
DAVID FINCHER for THE SOCIAL NETWORK
TOM HOOPER for THE KING’S SPEECH
CHRISTOPHER NOLAN for INCEPTION
DAVID O. RUSSELL for THE FIGHTER
BEST PICTURE
BLACK SWAN
THE FIGHTER
THE KING’S SPEECH
THE SOCIAL NETWORK
TOY STORY 3
There they are folks. It didn’t look too promising at first but 2010 ended up being a great year! 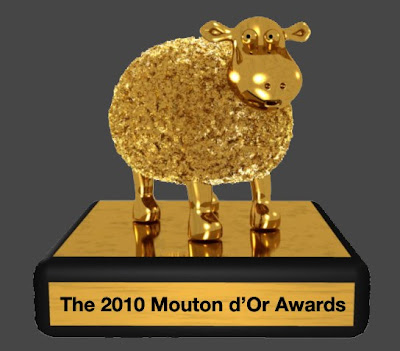