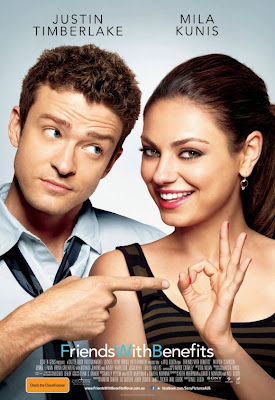 Dylan: Why do relationships start out so fun and then turn into such a bag of dicks?

Dating is complicated. The scene today can be so cold and callous that most people in it are forced to disengage emotionally from it in order to survive. Enter Justin Timberlake and Mila Kunis in FRIENDS WITH BENFITS, director Will Gluck’s follow-up to last fall’s breakout comedy, EASY A. They have a plan that will save everyone from the walls they’ve erected around their hearts by using those walls as the foundation for their mating practices. The logic is that if you’re already emotionally messed up, then you can avoid further damage by not involving emotion anymore. Voila! Dating oversimplified. 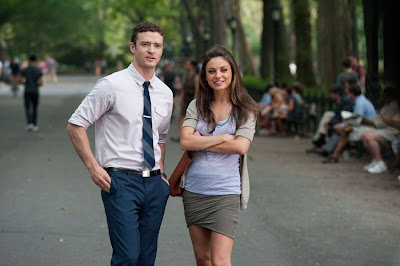 Timberlake and Kunis play Dylan and Jamie, two New York City singles at the top of their professional games who have essentially taken themselves off the market to preserve their already battered hearts. They click instantly when they meet and the fast friends decide they should take advantage of their natural chemistry and see if it translates in the bedroom, except without all the mushy stuff. Once they get going, they can’t get enough of each other but is it the sex they’re addicted to or is it each other? 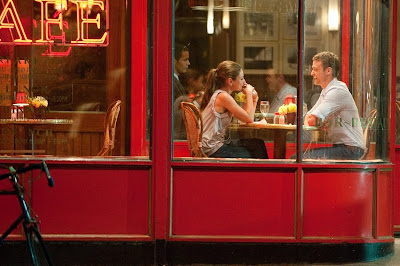 FRIENDS WITH BENEFITS tries very hard to disassociate itself from your typical romantic comedy but doesn’t realize that it actually plays into most of that genre’s conventions simultaneously. Fortunately, Timberlake and Kunis are adorable together; their chemistry and comedic timing endears the viewer to their plight, however trite it is, and saves the film from total cliché. Still, the light, casual tone of their relationship, I mean, arrangement, permeates to the rest of the film, making it just as tricky for us to connect emotionally as it is for Dylan and Jamie. It may be about a casual sexual relationship but it plays out more like a one-night stand.