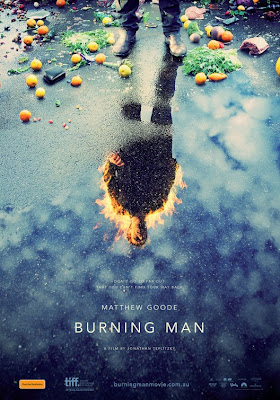 Sometimes, when there are somewhere around 300 films screening at a film festival, it can be easy for one of them to get lost in the crowd. At the 2011 edition of the Toronto International Film Festival, I had the pleasure of seeing an Australian film called BURNING MAN, and the even more distinct pleasure of interviewing its star, Matthew Goode. The film was well received at TIFF but it never found its way to a prominent theatrical release. Now that it is available to rent or own though, you all have no excuses not to see it.

BURNING MAN gave Goode, a character actor best known for his work in Woody Allen’s MATCH POINT and Tom Ford’s A SINGLE MAN, his first chance to take on a major leading role. As promising as that sounds, he was not sold on the character at first. “You always want to have some sense of likability to your character or you want to get them from page one. I was 40 pages in and thinking I really hate this guy.”

This guy is Tom, a talented chef in a high class restaurant who is going through a difficult time in his life. To tell you why would ruin the film though so I will refrain from doing that. Writer/Director, Jonathan Teplitzky, who based the film on his own personal history, chose to introduce Tom to his audience at his angriest before telling the audience why he is angry. The result is a challenging interaction between audience and character that hinges entirely on Goode’s performance.

“It’s not laugh out loud,” quips Goode. “I was aghast of this character at times.” 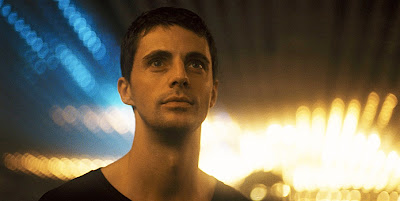 It wasn’t always a laughing matter though. Goode had to go to some very dark places to play Tom, including a few disturbing breakdowns, but he did have strong material to make it easier on him. “It’s hard to do if the script is not particularly good. You don’t want to go there with a bad script,” Goode explains. Hard or not, Goode still needed a place to get away from it all. “I find using music is very helpful for me. Often times you’re on a set and it can be quite loud, there’s a lot of stuff going on, that’s the nature of getting a shot ready. I find it very good to just go and get my headphones on in a quiet place.”

His music of choice on this particular film, Mumford & Sons. His track of choice, the amazing “After the Storm”, an apt choice considering how many storms Tom has to weather. 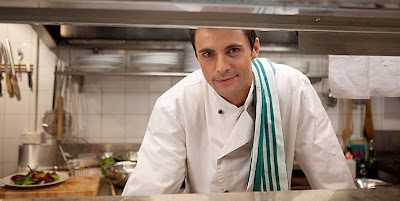 Goode’s profile will be upped next spring when the highly anticipated STOKER, co-starring Nicole Kidman and directed by Chan-Wook Park (OLDBOY), a film he describes as a “phenomenal cast and phenomenal script”, hits theatres. And his approach to working with directors should ensure he keeps on getting more notice for some time to come.

“That’s how I like to work. I do whatever I can to help make the director’s vision come true. It’s not like I go AWOL and do whatever I like. Sometimes I want to, but no.”

I would watch either way.