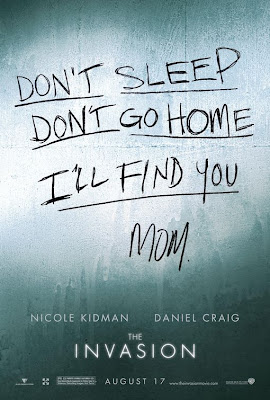 Yorish: A veneer of civility hides our own self-interest. That is the nature of our world, yes?

When you live in a world where violence is the answer to so many conflicts and misunderstandings, manifesting itself as war or hate crimes or road rage, it is easy to see aggression as an instinctual human behaviour. We don’t like to acknowledge it as such but we certainly can’t pretend it isn’t there. In response, we humans do what we can to keep these impulses under control. Some of us meditate; some of us medicate. We strive to be better people and better people don’t give in to their anger. In Oliver Hirschbiegel’s THE INVASION (a remake of the 1956 classic, INVASION OF THE BODY SNATCHERS), a unique opportunity is given to humanity. You are first infected with an alien genetic code. Then, when you fall into REM sleep, your genetic code is reprogrammed. You wake up feeling refreshed and like yourself, with all your memories and knowledge in tact. There is just one tiny difference. There is no more hate. Only humanity rejects this opportunity despite all their previous efforts to accomplish exactly this. While this conundrum might make THE INVASION insightful, it certainly doesn’t make it necessary. After all, the original already made that point over fifty years ago. 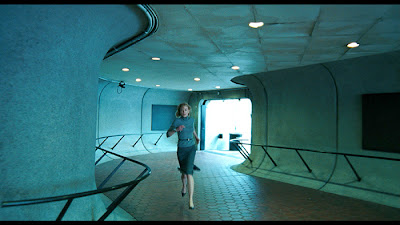 I suppose the rational was to bring attention to all that we have in place today to help numb our senses. THE INVASION is determined to assert itself as a timely film while distancing itself from its B-movie roots. In the original, the alien epidemic makes its way to neighboring towns with farmers making their deliveries. Flash forward to 2007 and the disease is traveling the globe through contaminated e-bay purchases. Granted, times are more complicated than they used to be. Nicole Kidman’s Carol Bennell text messages her son, Oliver (Jackson Bond), to remind him to take his anti-anxiety medication before bed while he stays with his father for the first time after his parents’ divorce. Between all that, the portable video games and seemingly endless hours of television watching, there are plenty of ways to numb the senses. Perhaps Hirschbiegel wanted to modernize BODY SNATCHERS into a contemporary thriller to shake people up, to show that we all need a good smack in the face to wake ourselves from our trances. After all, if Carol Bennell is fighting her hardest to hold on to the spirit inside of her, why have we allowed our modern world, read aliens, to dull our potential? To make that point though, THE INVASION would have to actually be thrilling. 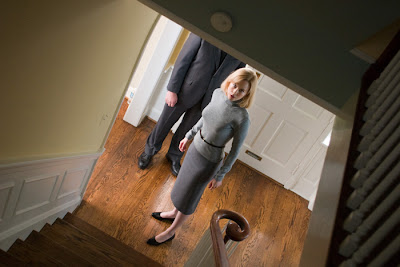 Aside from a few unexpected scares, THE INVASION is pretty low on chills. In fact, it often feels as though the film is having its own crisis of identity, bouncing back between a polished, intellectual suspense piece and an explosive, effects-heavy action flick. This might have something to do with the number of hands involved in the production. Hirshbiegel’s original cut was said to be tepid and drawn out. The producers, who had already sunk a lot of money into the film, called in bigger boys to tweak it here and there into something with a bit more pulse. The Wachowski Brothers (THE MATRIX) were brought in for rewrites and James McTeigue (V FOR VENDETTA) was hired to shoot new footage. Without seeing Hirschbiegel’s original product, it’s impossible to say for certain whether they helped or hurt the final version but THE INVASION’s visual aesthetic is probably the strongest thing it has going. Slick picture and sharp edits that play with time and space add a much-needed edge to a story that has been dulled by an air of self-importance. The final cut is well paced and smooth but the film’s salvation was clearly more important than creating meaning in humanity saving itself. 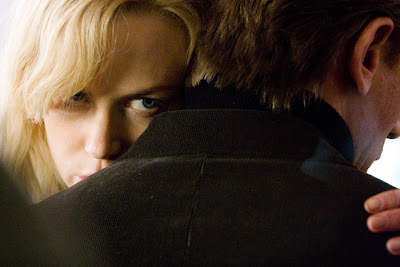 It’s funny when you think about. THE INVASION warns us of what might lie ahead if we continue to allow our modern conveniences to run and control our lives. If we would just think less about everything, than it wouldn’t bother us so much but the sacrifice is human development and progress. Yet, in order to actually enjoy THE INVASION, one has to do exactly that – stop fighting, shut off and allow the reprogramming to happen.