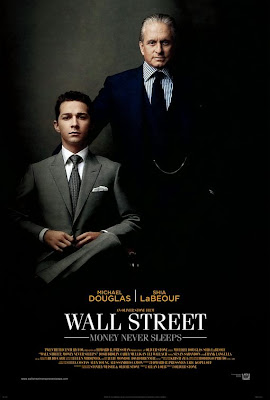 Gordon Gekko: A fisherman always sees another fisherman coming.
Oliver Stone is reputed to be a controversial film director but that isn’t entirely fair. To be controversial, one must make statements that rock the status quo and potentially encourage progress and change. Stone may have started out his career with more of a bite, but the two-time Oscar winner for directing, doesn’t actually have very much to say at this point. Instead, he attaches himself to projects that cannot help but be controversial in nature and allows our already preconceived notions of these subjects to do all the talking for him. 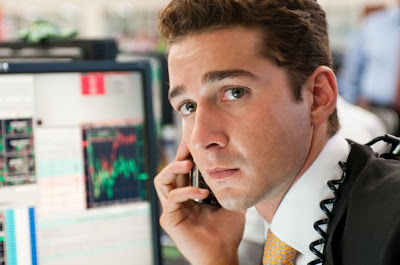 In WALL STREET: MONEY NEVER SLEEPS, Stone revisits one of his most successful films to supposedly reiterate to us what he did in the original WALL STREET, because clearly, we were not paying close enough attention then. In 1989, investment mogul, Gordon Gekko (Michael Douglas) stepped over everyone he knew for the almighty dollar and ended up going to prison. He was famous for having said that “Greed is good,” but as it turns out, it was pretty bad. So bad that it inspired him to write a book about how greed was going to be the downfall of America. He got rich off that book of course and then Gordon Gekko went on to predict the 2008 economic crisis. If only Stone had made this movie before everything happened. Maybe all of this calamity could have been avoided. 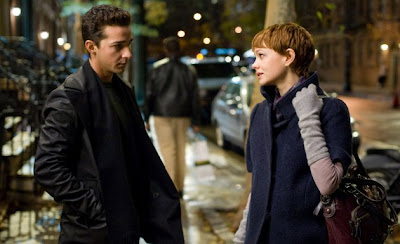 Gordon was released from prison in 2001 to find that no one was waiting for him and the world had continued on without him. Then apparently nothing at all happened for seven years because the story picks back up in 2008. Gordon’s daughter, Winnie (Carey Mulligan) is now dating a Wall Street up and comer, Jake Moore (Shia LaBeouf). Together they share a bright future full of possibility and fortune until their financial flooring falls out from underneath them. This new generation of money players is portrayed as reluctant but yet still able to enjoy their wealth and the lifestyle it affords them. Their ideals, nobility and honour, are still intact but this is just an illusion and lucky for all of us, Stone is here to show them that more money means more problems. 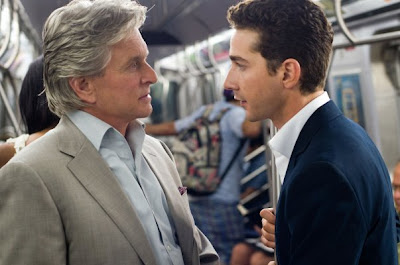 The greed that is bringing everyone down in WALL STREET: MONEY NEVER SLEEPS is exponentially bigger than it has ever been and Stone warns us that we will not survive another financial meltdown like the one that just forced the American government to fork over billions of bailout dollars. Solid performances and some impressive camera work on behalf of Rodrigo Pietro make the experience reasonably entertaining but Stone never lets us forget just how touchy everything is. He preaches of how moral hazard will continue to cripple the market but basically applies the same principals to his own filmmaking. As long as he hides behind the overbearing face of controversy, he will never have to risk anything of his own by actually saying something unpopular himself.