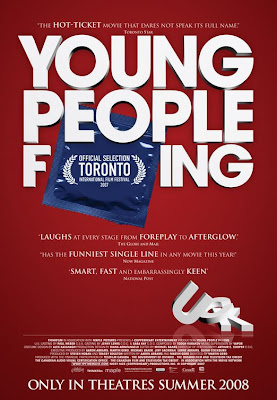 Director Martin Guero knows that the title of his first film, YOUNG PEOPLE FUCKING, is brash enough to grab anyone’s attention. It could be misconstrued as a title meant to entice lonely, older men to weekend matinees but in an effort to dissuade these “gentlemen”, I will tell you the people in question here aren’t that young. These particular people are all in their mid to late 20’s, all relatively white and all essentially straight. This does not bode well for this self-professed modern exploration of what it means to be a player in their prime in today’s supposedly kinky sexual playing field. Still, you can feel Guero smiling from behind the camera, content with himself for telling it like it is. Only Guero’s idea of today’s sexual experience is so steeped in convention that it is anything but provocative. 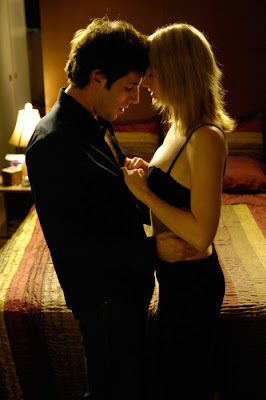 To make his film even less reverent, Guero divides his young people into perfectly constructed boxes. These particular groupings are so well established in the public’s vernacular that Guero doesn’t need to spend any time establishing any actual history in his characters. Who has time for the human touch though when you’re talking about humans touching? A couple, two friends, two exes, two people on their first date and two roommates all find themselves in the throws of passion, or at least the throws of pastime, on one very busy night in one undisclosed city. Now, I’m warning you. The following may be too shocking to handle. The couple, well they have gotten bored with their sex life and now barely have any sex at all. The people on their first date are saying a bunch of things just to get into each other’s pants. Even the friends are hesitant that if they were to have sex, it might somehow change the friendship they have relied on platonically for years. By reducing his characters to such tired clichés, Guero has crafted a hollow exploration of caricature rather than an actual character study. 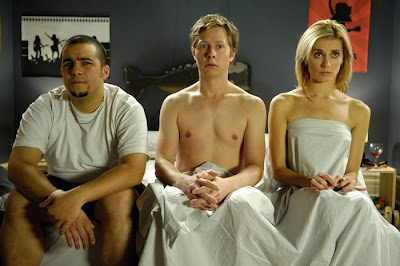 Who knew that sex could have such a giant impact on people and relationships? Oh, right, everyone knew that already. Sex is the ultimate complicating factor and the definitive line that only occasionally warrants crossing. Should friends cross it? Should exes? How about strangers? No matter who you are, both alone and together, before you cross it, you will be changed once you do, no matter how many lies you tell yourself to con your mind into making a supposedly sound decision. You take that step, leave the planet for a while if you’re lucky and land on your feet if you’re even luckier still, a changed person for having taken the risk. Simply put, sex is big. YOUNG PEOPLE FUCKING however, is nowhere near as monumental as that and you’ll forget it by the time the condom is off.